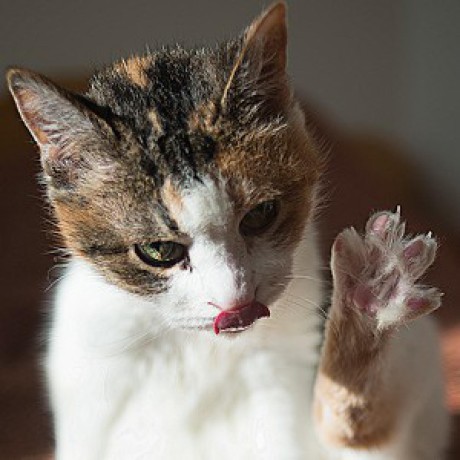 It seem like not only colyseus server is affected:

I created a bug for colyseus to handle this particular error in graceful way and keep clients connected:
https://github.com/colyseus/colyseus/issues/364

I confirm the problem in react native (ios sim, 13.3). For me it just disconnects the client randomly, but server runs normally after the error; it just reports error to stdout.

posted in Questions & Help •
Is this possible to get `onAuth` reject reason to client?

I want to provide more information to user why auth failed: any reply from auth server that I can possibly get (error code or message). But I get only a warning colyseus.js:2599 Possible causes: room's onAuth() failed or maxClients has been reached.. Error object also does not contain any custom data I provide in Promise's reject. So the question is - is there any workaround about this?

posted in Questions & Help •
RE: Haxe externs for server?

@mdotedot now to think of it. Perhaps static/02-state-handler.html does not work for you because you don't use haxe rc2 to compile server. Thing is that haxe prior to rc2 will still compile the js server code but it will be ES5 javascript. Code generated in this way does not work with states for example; perhaps I need to add some compilation error for this case.

So you need to be sure that js got generated with ES6 features with classes and all that. Check generated index.js - it should contain classes, something like this: class server_rooms_StateHandlerRoom extends colyseus_server_Room

@mdotedot oh I understand your concern. I should've added more details on how to run official examples with server build with haxe. So, in order to run those examples you will need to checkout colyseus examples in your projects folder and bundle colyseus client lib:

Now things are going to be bit complicated since you will need to configure and run your http server to serve client static bundle.

There are multiple options how you can do this, I would recommend nginx server as you can install and run this server as local host, and it's easy to configure as well! Once you start serving those examples you can run the server and verify that clients and server are actually talking. Just make sure that port is the same for client and server and you're good. Let me know if I can help with anything.

Oh and I didn't verify how official haxe client works with latest official server as this is bit out of scope of my current task ;) This is why I created externs for js client as well, because this makes sure that client and server are up to date and compliment each other.

Hello guys! first, @mdotedot thanks for trying it out! Let me help you a bit.
First of all, let's say we can simplify the whole setup by doing following steps (assuming we use clean machine with only node and npm installed - you can do this kind of experiment with docker container).

First, we install lix globally. lix is a dependency package manager for haxe and it also allows you to use/download/switch multiple versions of haxe at a time.

Then clone the git repo to wherever your projects reside. It's better than downloading zip because it's just faster.

Next, note that we need haxe 4.0.0-rc.2 for this because ES6 support came only at rc2 that is newer than preview4. And ES6 support allows haxe compiling js classes instead of functions, that is crucial for state handling in colyseus.

Tell lix to download and use all required haxe libraries, including new colyseus-hxjs.

After that you are good to compile proper example server, as you have all the stuff you need for haxe side.

Running server is another thing though. For this you will need node (obviously), yarn as it's package manager and original colyseus server library. Npm will certainly do as well, yarn is just my personal preference. For reference: npm and yarn use package.json file to determine dependencies and install them automatically into node_modules folder. node knows about this and references modules to node_modules automatically. You should never commit node_modules and you can always remove and recreate it in case if something isn't right. Now, with yarn you install colyseus to the ./bin/server location:

After that feel free to run the server that has been compiled into index.js file several steps before:

Basically this wraps up the server build and run process. In order to build client from examples (like you don't want to get into original examples but would like to quickly verify it's working) you compile client from project root with

(note that all required haxe libs are already installed)
and then run yarn in ./bin/client. After that you are good to run client(s) with node:

Please let me know if this makes things clearer, I will be happy to help and will update readme accordingly.

@endel I would support those externs of course, should any API change occur, or if you would add new feature, or in case if something left not covered. So yep, if everything is okay for you and you don't see any major flaws then I'm ready for transfer.

@mdotedot yarn is to get original colyseus lib, because externs are basically just a middleman who is translating calls from haxe app to original js code underneath.

Hey, it will be final status update as I feel I'm done with the lib and examples. To cut it short:

@endel if you feel this extern lib can be a nice contribution to colyseus, I would transfer them to colyseus group provided you will do the review and leave comments or tickets about what to improve.

Just another status update: I got states working with haxe externs! Synthax is very similar to what it should be in TS, check this out:

note that type parameters are defined in enum, and class should implement ISchema in order to macro autobuild magic to happen; default values can be set in constructor.

Now that I moved to ES6 it allowed some nice simplifications to happen here and there. I will continue to work on this library, but it feels like it has enough features covered already.

Next step would be to port examples. Then I will stick to my pet project as this lib already has all that I possibly might need :P

Status update: I converted ts definitions to haxe (had to include ws definitions as well heheh, but perhaps I can get rid of them later). Simple things are already up and running: register lobby and match handlers on server, message listeners and other basic things. This gives me a positive feeling that more complex things like states will go smooth as well. If you curious about current status please check my repo.

Next step would be converting colyseus-example into haxe to demonstrate that extern lib is actually working. After that I'm going to remove the clutter and contribute in amounts that are required for my specific project, but if anyone would like to join I will be happy to accept the pr.